Reflections on Ambition, Luck and Work 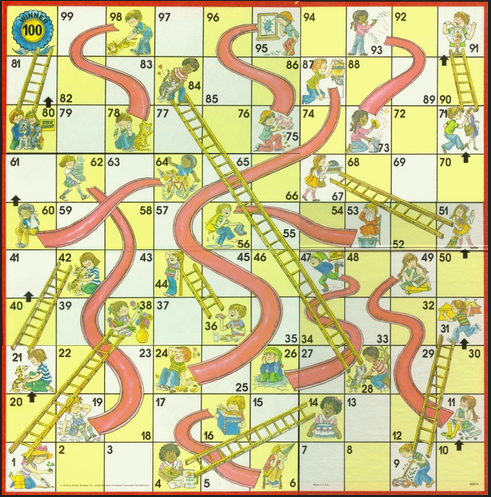 I used to play a game as a kid called Chutes and Ladders. You probably did, too. You might have known it as Snakes and Ladders. It’s based on the Indian game Moksha Patam, probably invented about eight hundred years ago.

Chutes and Ladders was very easy to learn, so kids of all ages could play it. Basically, each player rolled dice, advanced their piece, and moved upward on a board square by square. If a player landed on a ladder, the player ascended the ladder, which meant...