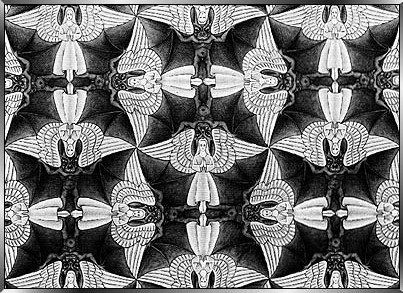 I wrote SummerDance, a coming-of-age story about an eleven-year-old boy growing up in Detroit during “that hot dry 1967 summer,” describing “events that ended with me learning to be really scared of my own father, locked screaming in the bathroom, Dad pounding and bellowing to let him in, a thin and splintering door between us.”

The father wasn’t headline-grabbing abusive; instead, he was more have-too-much-to-drink-and-lose-control abusive, beating his boys with a belt, especially when they’d done something far beyond normal mischief.

Nonetheless, the boy, Stephen, learned to lie at an early age, to cover up things he’d done and so be spared a whipping. Much later in the story, he discovers that his lies become difficult to keep straight, and he thinks:

“Was it always that way when you were trying to get the story right? You start with everything clear and green, like a lawn without any dandelions on it, and then you just make an adjustment to the truth, and then it’s like a dandelion has popped its yellow head smack in the middle of all that green. So you make another adjustment to the adjustment, trying to get it back to that original green, but instead you have another dandelion. And so it goes on and on, some of the yellow heads turning white, seeds drifting over and working into the grass, and pretty soon you don’t know where the green is anymore.”

Lying is natural – at least, so we’re told. And there are lies and lies. There are the “I didn’t do it” type of lies, ranging from the kid with her hand caught in the cookie jar to the president declaring he didn’t have sex outside his marriage.

The polite terms are “prevaricate” and “equivocate.” We tell white lies. Sometimes we lie to create suspense: “I don’t know where this road goes; let’s find out.” “I don’t know whether you’ll get your doll for Christmas — that depends on Santa.”

With all this, then, why do we expect truth? And expecting truth, how do we know when we’ve found it?

To me, lying is like planting that dandelion on the grass – it’s a bright yellow head standing out on a green lawn. If it’s a trivial lie, that might be the end of it. If it’s more substantial, then (like dandelions, whose seeds can travel five miles), it will inevitably sprout new lies, mutations that spin further and further from the truth — if truth was even the anchor.

This, I think, is like figure and ground — our ability to recognize what is the foreground and the background. This is not always easy.

When, in political or social media circles, we lie, the intention is to place a figure (the lie) against the ground (the fabric of our experience). The lie struts upon the stage, and we lend it truth. We believe because we want to believe. Or belong. If we know it to be false but need it to be true, we proclaim its truth. We repeat and repeat, so that not only will it sink in to our audiences, it may well sink in to ourselves.

I tried to get at this in a poem I wrote in 2019, called 2020. In the poem, I describe a handful of crows that multiply until we observers can no longer determine where the crows end and where sky and grass begin. We can no longer determine figure from ground. To me, the crows stood for the messages we would inevitably hear in the year 2020, as our social media derived profits from segregating us into tribes, as hostile nation-states drove wedges using the fabric of all our information systems, as major media outlets profited from controversy, and as politicians hurled feces at each other.

And this, before a pandemic made it all that much worse.

In the poem, I said: “We could have stopped them. They were but crows.”

Reflecting on this a year later, I’m not so sure. The historian Will Durant may have said it best when he suggested that we must respect one another’s delusions. At best this may be what we aspire to do. What we see through in other people we can’t see through in ourselves. It’s an old understanding, and useful to remember that we ought not pluck the mote out of our neighbor’s eye before we remove the log from our own. “How can you not see the deceit?” Better to ask, “How do I know when I’ve been deceived?”

But what to do? What to believe?

IN POLITICS WE TRUST

A book, recently released, titled It Was All a Lie, bitterly reconstructs the changing of the Republican party, from the pre-Nixon days through the “southern strategy” and on, arguing that the platform is built on that well-worn phrase, “a tissue of lies,” serving to help Republicans reach for and retain power at all costs. In this argument, penned by an ex-Republican strategist, Donald Trump is but the inevitable conclusion (so far), expected if one follows the journey to its logical end.

Is that the whole story? Others would argue that Democrats are no better, that Democrats as much as Republicans have been bought by the system, that progressive-sounding ideas are actually corrosive.

In election years like this one, whole rafts of people sit on the political sidelines, declaring themselves independent until, sometimes moments before they pull the metaphorical lever, they at last make up their minds. Often as not, they vote against one candidate, not for the other.

People aren’t fools. They do the best they can. But they are targets to be fooled. (Trust me!)

I suspect independents may declare themselves such to fend off what are sure to be attacks if they come out on one side or the other. After all, recognized human traits include survival and avoiding pain. (You can check that statement to see if I’m lying.)

Perhaps independents are simply trying to sort out figure from ground. Trying, and often failing, to sweep those crows or those dandelions from the green and get at something more genuine.

THIS WORLD AND THE NEXT

In one of my favorite opening lines to a novel, William Gaddis’s A Frolic of His Own, one of the main characters says, “Justice? —You get justice in the next world, in this world you have the law.”

There are facts, of course. JFK was killed. Hitler invaded Russia in World War II. But facts are tools in the search for truth, and if, as Ambrose Bierce asserted, a historian is “a broad-gauge gossip,” then the foundations for our stories must necessarily be suspect. Which version of Columbus do you prefer: Claimant to the New World or mass murderer? Or a little of both?

The why of facts creates for us different versions of the world. Why did FDR create the policies of the New Deal? Why did Andrew Jackson send native Americans along the Trail of Tears? How you answer these questions creates constructs in your mind (as they do in mine), rendering both of us vulnerable.

Perhaps the best conclusion we can draw is that the person most vulnerable to delusion is the one who asserts he or she must be right.

Truth? We get truth in the next world. In this world, we have each other.

There seems to be no anchor. None whatsoever. We look vainly for an honest man or woman. We struggle to discover ground under all those fictional figures, strutting like crows. And every day new figures are born, to strut and fret their moments upon our digital stage. Where to focus our gaze, where to avert our eyes, which to accept, which to deny, which to admit, and which to ignore?

In our darkest moments, we may well wonder whether all of it is lies, as Stephen realizes, when his family is reeling from the violence of the scene near SummerDance’s end:

“And while Mom held me close and I could hear the settling beat of her heart, I knew that I would never be sure that anybody was telling the truth about anything, but that all of us nonetheless had to believe the people we talked to every day, believe that they were telling us just what was, no more and no less.”

So we trust. So we must trust. Why?

Perhaps because the alternative is unthinkable. To trust no one is to love no one, to respect no one, to believe that no one can be trusted. Trust is risk, and yes, we’ll be stung by it when we’ve misplaced it.

But betrayal, too, is costly – unless, as we so often see today, you don’t care if you’re viewed as a betrayer. Because while you’re seen that way by some, by others you’re seen as trustworthy. Figure is confused for ground, and ground for figure. One person’s trust is another’s mistrust. Sauce for the goose is not sauce for the gander.

BIGOT, n. - One that is obstinately and zealously attached to an opinion that you do not entertain
AFRICAN, n. - A nigger that votes our way

If the second sounds jarringly racist, it isn’t — although it neatly encapsulates the essence of racism. Bierce, a Civil War contemporary, was after something deeper: Get the niggers to vote your way, and you can call them noble names to their faces, while keeping what you really think hidden. Extend this argument to all those you hold in contempt, and you have the essentials of opportunistic populism.

However ancient the issue, it matters, and matters deeply. Unless, liars all, we are willing to acknowledge one another’s imperfections and frailties, we can’t possibly lay the foundations of trust and in so doing, brick by brick, build the society we could become.

Calling out lies, prevarications, equivocations and evasions is deeply exhausting work. It also leaves us open to attack, because we do not know what lies and biases have captured us. But calling out — and responding to being called out — is the work we must do as social beings. By testing each other’s delusions, we create stronger ideas and surer pathways forward.

In the end — while America is sliding faster the wrong way than any other country in the world — we have each other. Indeed, with the insistence of some on military might and exceptionalism, coupled with denial of our participation in world challenges, we might well be all we have just now.

It need not be so.

To break the cycle, perhaps we could do two things.

First, we could recognize that the true ground — the ground beneath the crows and the dandelions — is still there. We must find that ground — our common ground. On a personal level, you may describe it as your personal “center of moments,” your anchor, your conscience.

This common ground is what keeps us together. Unsung and unprofitable for social and other media, our common ground is rooted in the physical (Kennedy: “We all breathe the same air. We all cherish our children’s future. And we are all mortal.”) Our common ground is strong but too often hidden. It’s the green under the crows and dandelions. We must not let the figures of the day obscure it, lest we forget it’s there.

We must tend and use that ground to test the assertions flung so casually our way by those who purport to lead.

This is what we first must do.

Second, we must ask for help. America must pick itself up, dust itself off, apologize, and, chastened, take its reduced seat at the global table and participate once more in the dialog that is the forging of history.

The strongest people we know are those who can sincerely say, “I’m sorry. I was wrong. I’ll try to do better.” If we say these words, and mean them, we take our place among the strong.